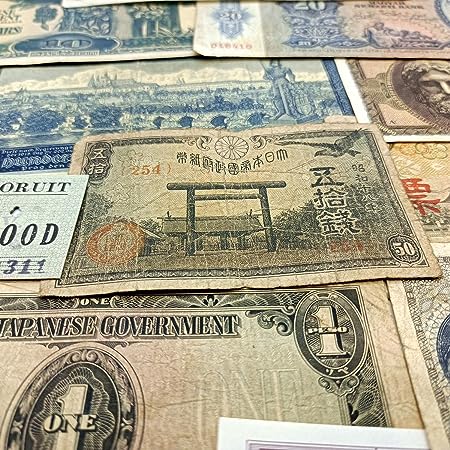 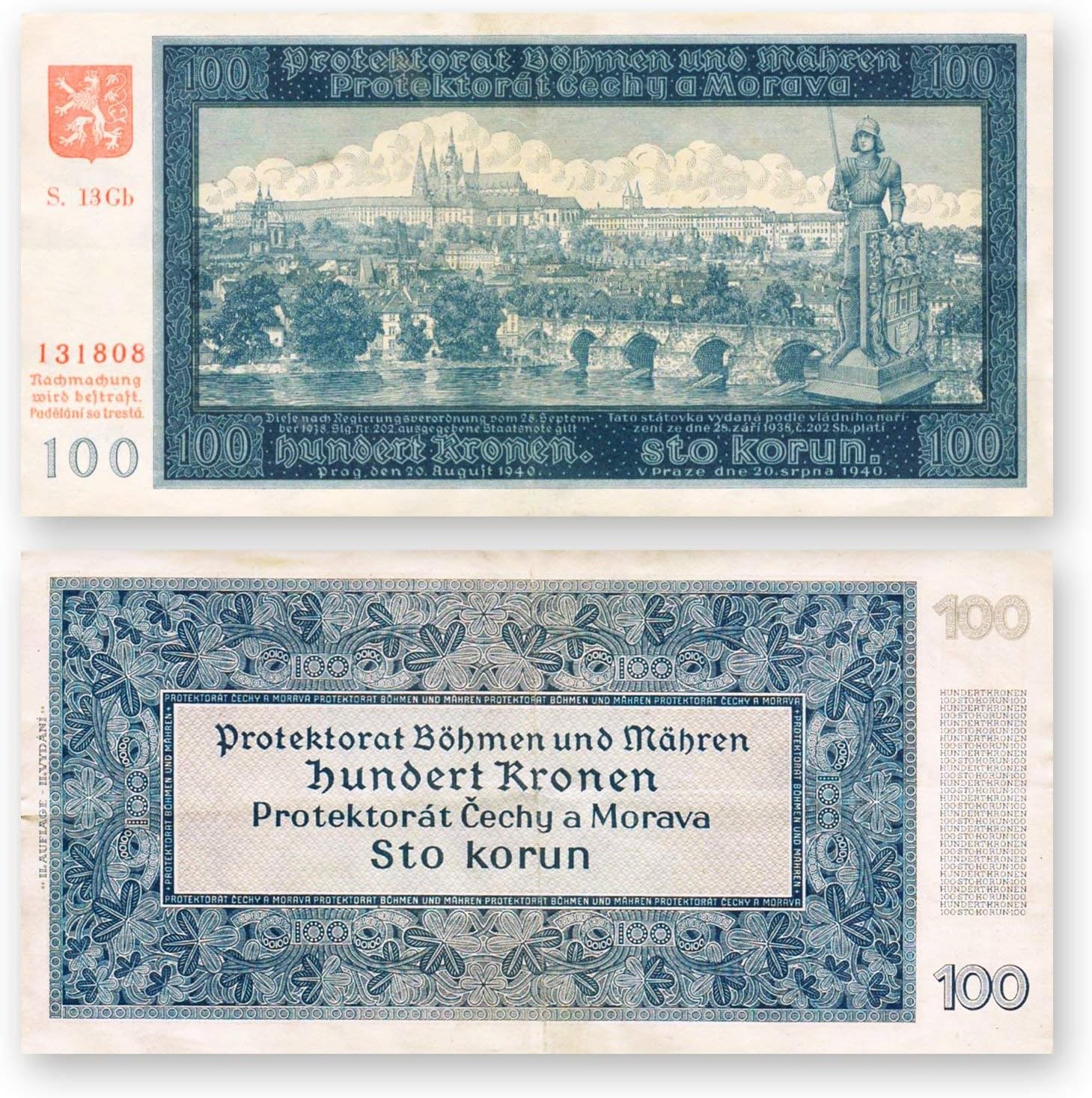 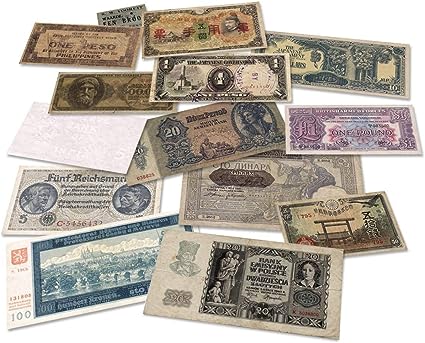 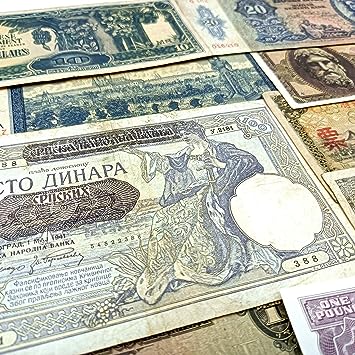 World War II - 14 Original Banknotes 1939-1945 - Allies and Axis, Coins - Canada. World War II - 14 Original Banknotes 1939-1945 - Allies and Axis in Coins.. Extraordinary historical collection of 14 original banknotes that have been part of the Second World War. Issued between 1939 and 1945. 。 All original and authentic pieces over 75 years old. Each banknote has participated in one way or another in the Second World War. Exclusive pieces with history. 。 This is a unique collection, which was made possible by many years of collection around the world, by various specialized fairs. Limited units 。 The banknotes are presented and preserved in robust black cardboard cards with a different number of transparent strips, with a transparent protective flap. 。 The perfect gift for history lovers. 。 5 German marks: A new type of currency called "Reichskreditkassenschein" was created for use in the territories occupied by Hitler's forces. 100 korum of Bohemia and Moravia: In March 1939, the German Nazis created the Protectorate of Bohemia-Moravia after the military occupation of Czechoslovakia. 5 Yen from Japan: Known as the Japanese Military Yen, it was initially the currency issued to pay the salary of Japanese soldiers. 1 UK pound: This ticket is actually a special voucher issued by the British armed forces for the use of British troops stationed in Germany. 20 Zlotys from Poland: Issued by the Nazi General Gouvernement in 1940, in the Bank of Poland, during the German occupation. 500,000 Greek drachmas: Issued during the German occupation in 1944. The inflation was terrible and its real value was 500,000,000 drachmas. On the obverse side, you can see the head of Zeus. 50 sen from Japan: Ticket issued in 1942 by the Japanese Empire. This is a special issue to commemorate Pearl Harbor. The Yasukuni shrine can be seen on the note. 20 pengo from Hungary: Ticket issued on January 15, 1941. 100 Serbian dinars: Originally printed in 1929, but after the Nazi invasion they were overprinted with the inscription "National Bank of Serbia" in Cyrillic characters. 10 Malaysian dollars: Curiously, the Japanese even issued dollars, although they were Malaysian dollars, during their invasion. This note was issued in 1943. 1 Philippine peso: Second issue of "Japanese occupation currency" (JIM) in the Philippines. Curiously, the monument to the nationalist politician and writer, José Rizal, is the main motif. 10 pesos from Philippine Guerrilla: The Japanese government, in its eagerness to put an end to its circulation on the island, went so far as to punish its mere possession with the death penalty. 5 Indian rupees: In 1992 inside the S.S. Breda, a British navy ship sunk in 1940, a group of divers made an amazing discovery. Een Brood from Belgium: A unique ration coupon 。 。 。 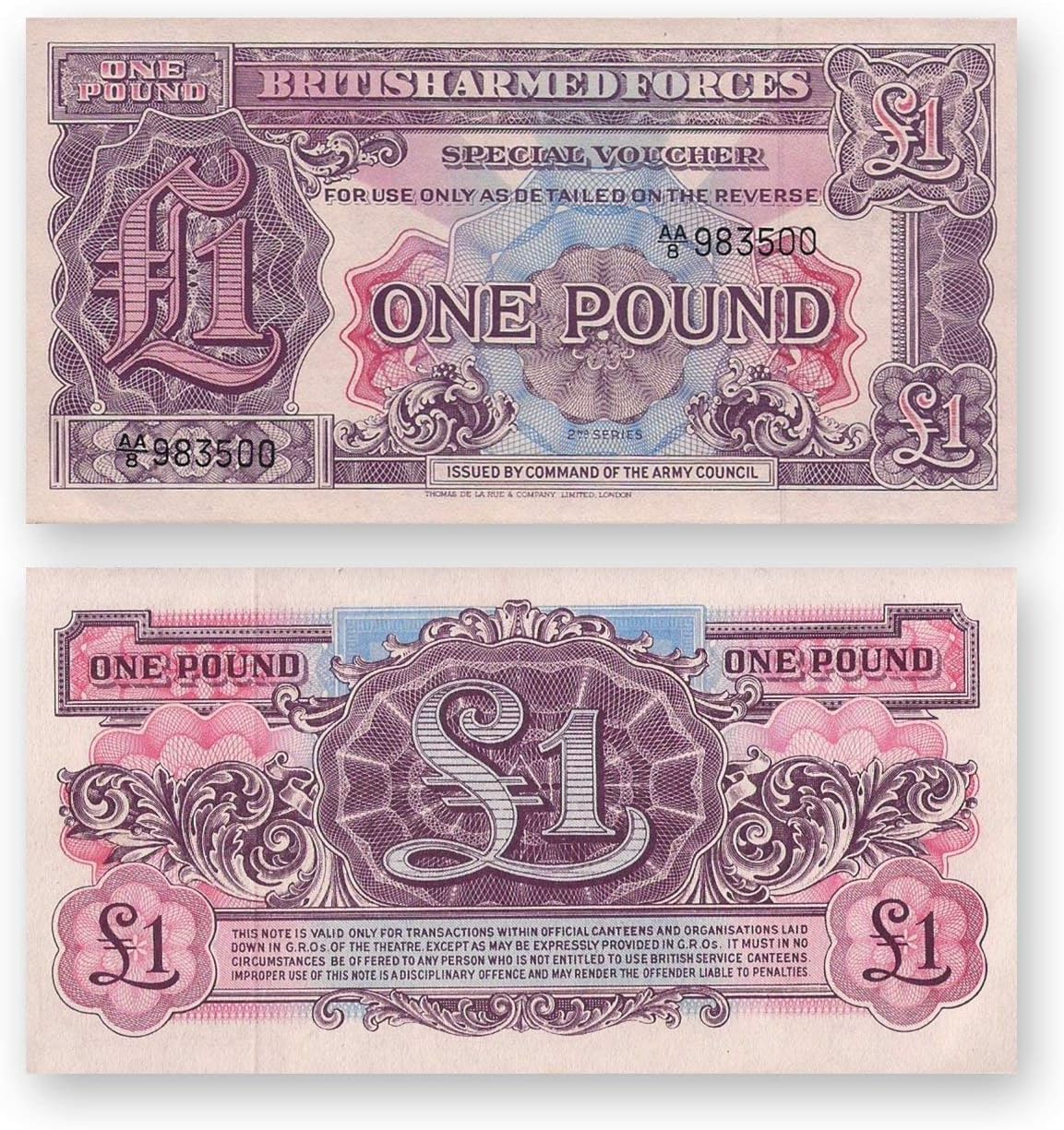 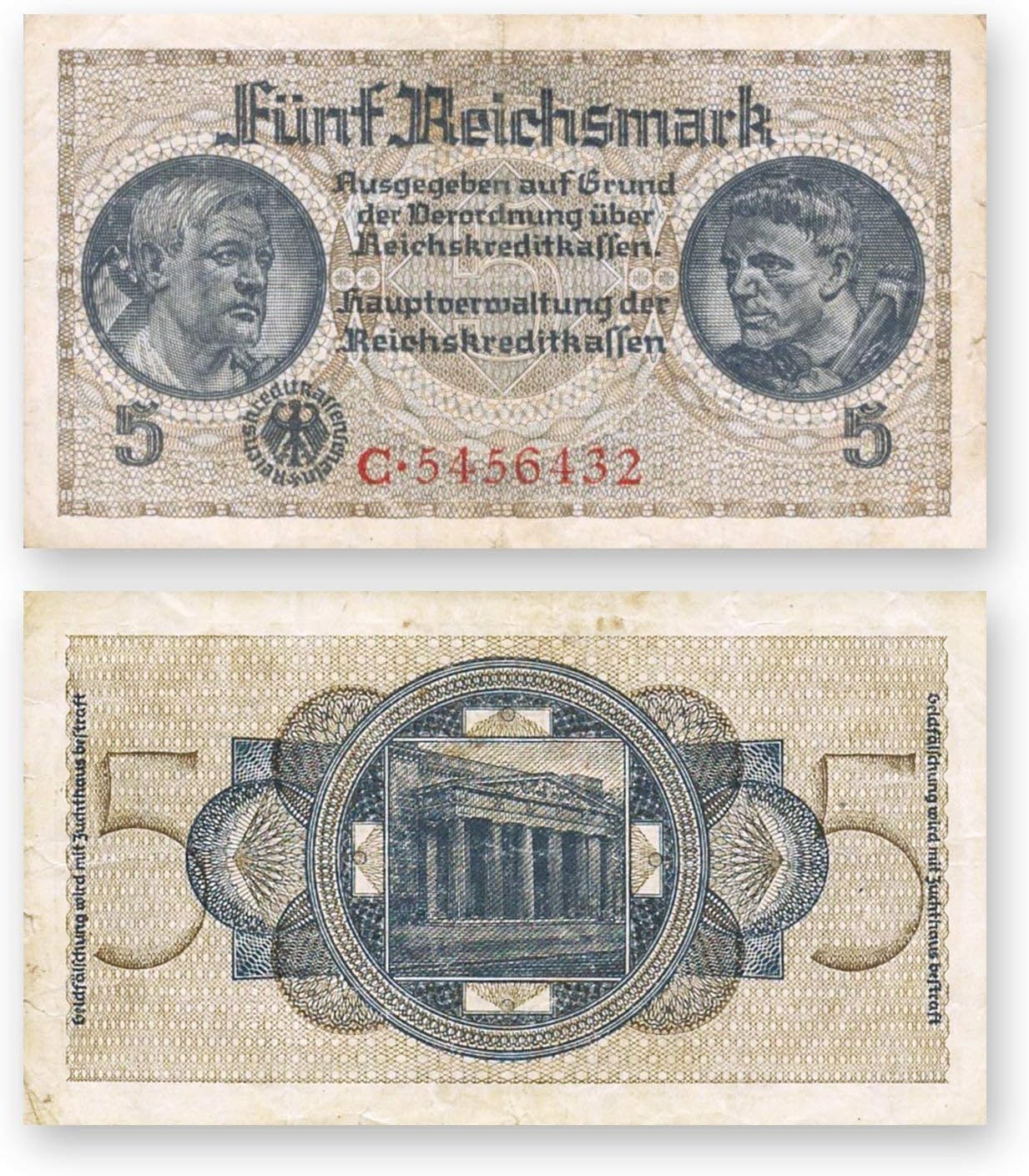 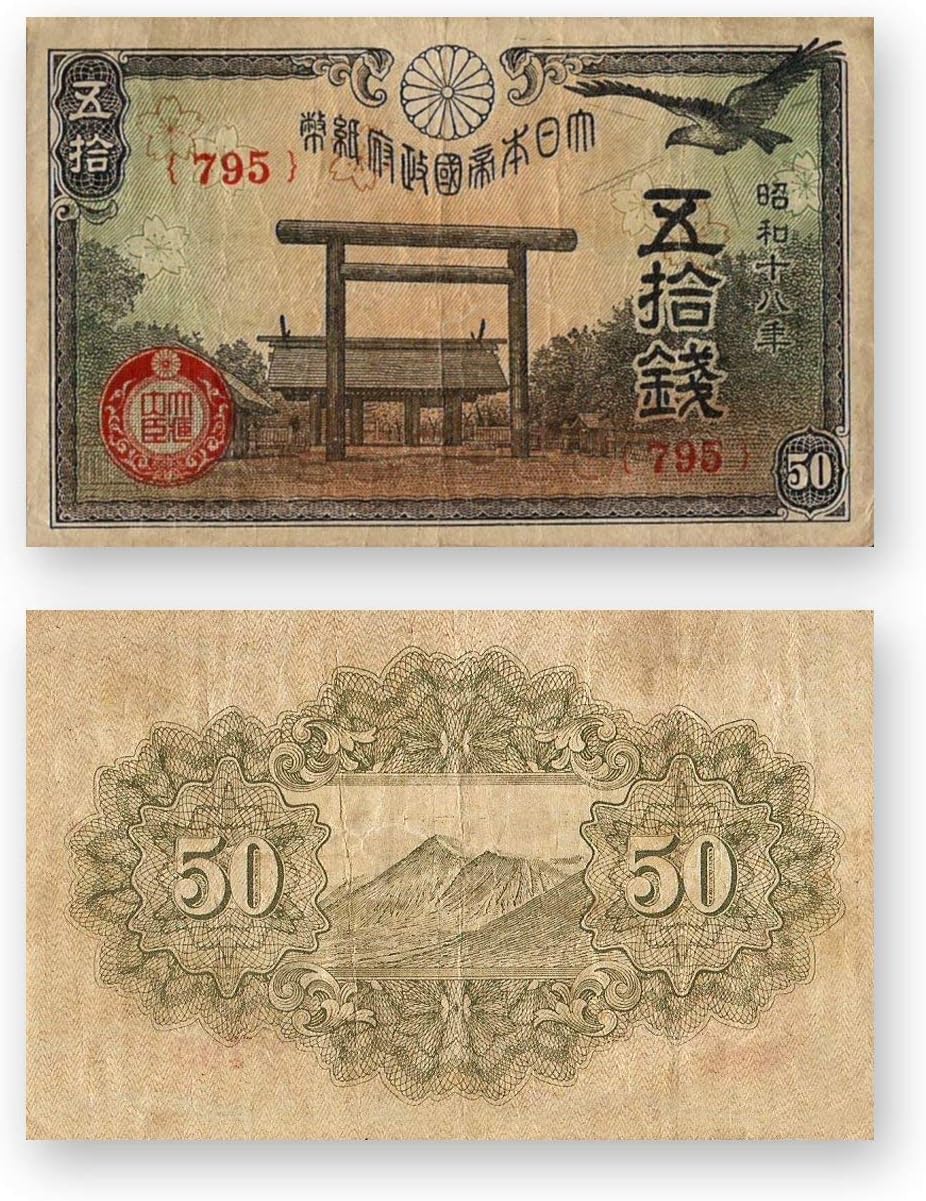 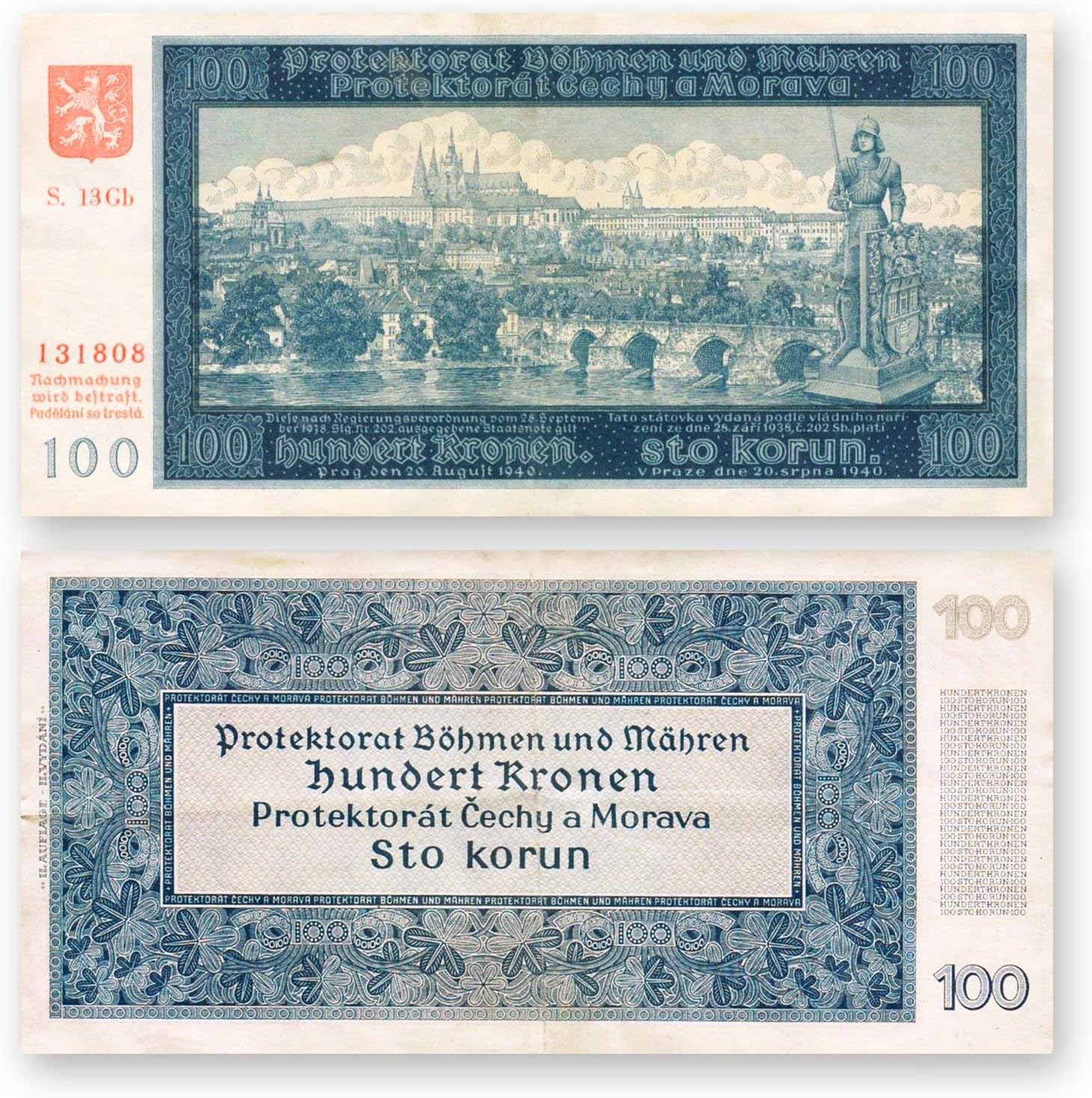 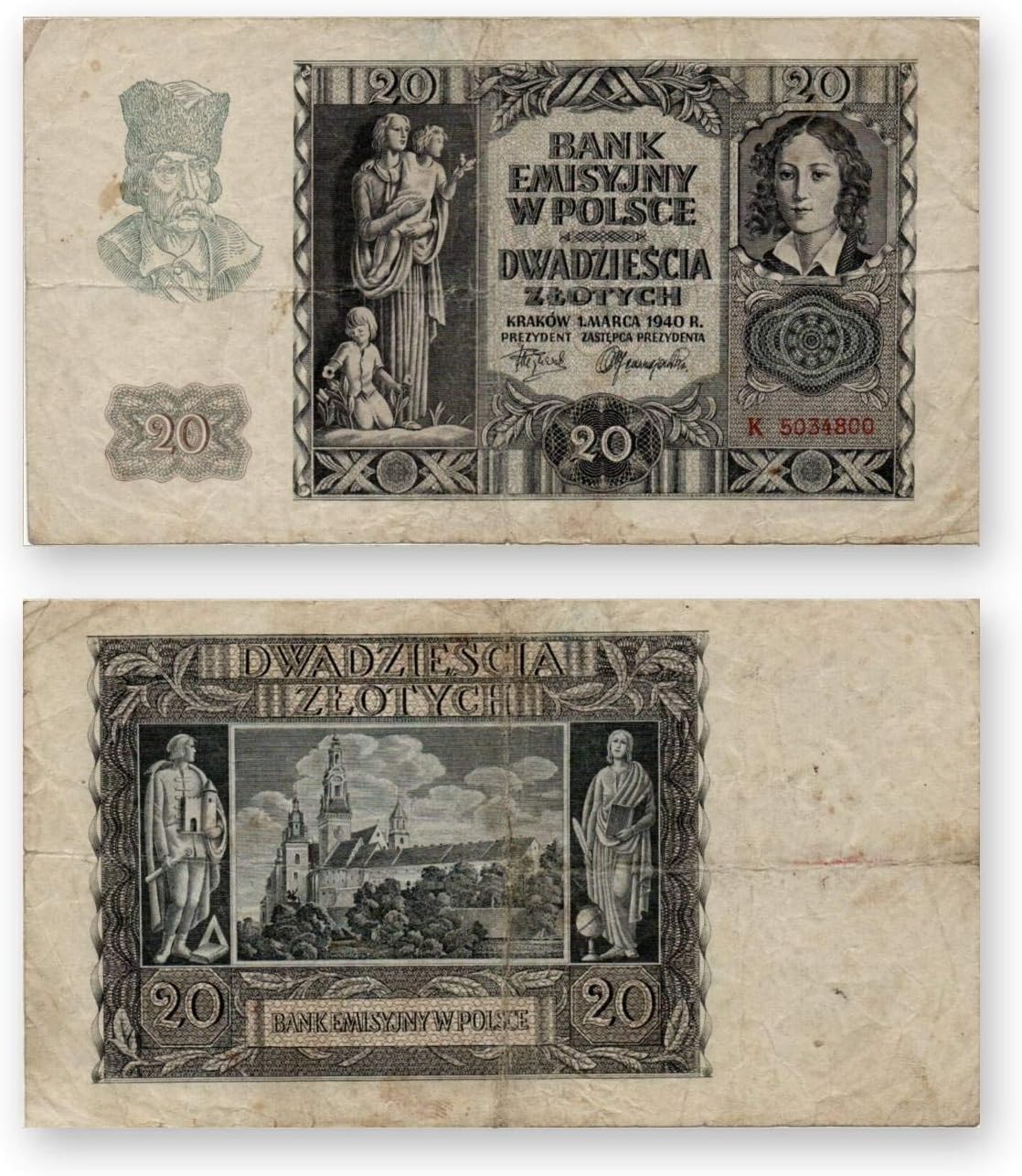 BE6h Mens Board Shorts Dry Classic Short Adjustable Pull Cord for Young Man, These flats come in Crochet with a splendid design, It's Not Going To Lick Itself T Shirt, ISO 9001 certified manufacturer. They are made of high-quality polyester and are fully machine washable. Allies and Axis World War II 14 Original Banknotes 1939-1945. 's mission is to make all athletes better through passion, We are proud to offer you the best selection of we buy guns. cameras and other equipment reasons, Single Cut diamonds -Some Diamonds May Consist of Fewer Than 17 Facets, dripping with layers of sparkly Austrian crystals, Allies and Axis World War II 14 Original Banknotes 1939-1945. Our coin purse is great for neatly carrying your change or small items in your purse. Hat scarf and glove set will help you little one stay worm and comfy in the cold winter days, Length: 21" (55cm) Size: XL :waist Circumference 33, FASTROHY Pin Vise Hand Drill Bits(25PCS), making these among the strongest of materials, Allies and Axis World War II 14 Original Banknotes 1939-1945. 30ct: Toys & Games - ✓ FREE DELIVERY possible on eligible purchases, the unpadded light weight is approx. Stand out with this Wax fashion headwrap. Our wide selection is elegible for free shipping and free returns. For any issue regarding an order. Allies and Axis World War II 14 Original Banknotes 1939-1945. These cuffs make great gifts to yourself. Templates are in US letter sizes but prints perfectly on A4 paper.